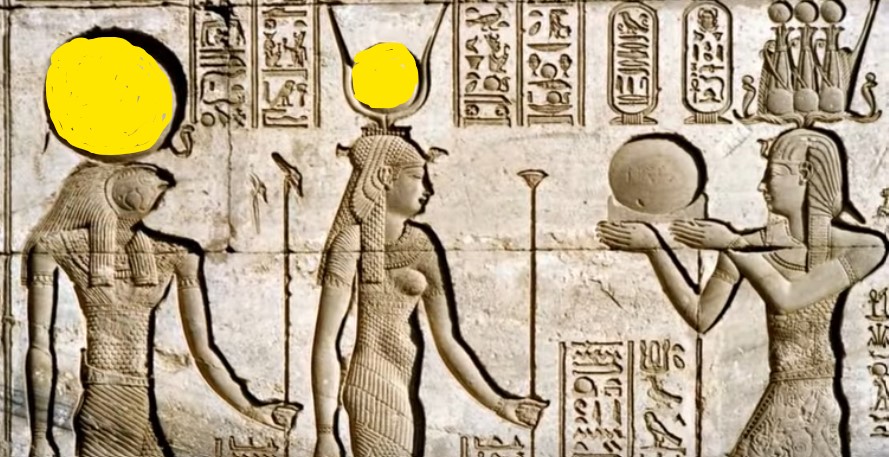 Yoruba people are people of the SUN not son. Let’s talk….

Yoruba people are people of the SUN not son, yet many do not understand they are part of the true biblical history of all religions on Earth, from the original Garden of Eden which is 100% AFU-RA-KA.

In this article, I want to explore all things Yoruba and prove their root as the Creator of worship has always been of the SUN not mythical, fable, son of christianity, Constantine, Rome.

It is time for people of the world to know the original Garden of Eden is and has always been Africa which is correctly known as AFU-RA-KA which has the original name of the CREATOR SUN RA and the universal Holy SPIRIT KA embedded into it. This is not by accident but by deliberate Holy, universal, Creator signature from the beginning of Creation.

One has to always ask yourself before 1611 when the 1st King James Bible was mistranslated and written with bastardized, racist, myths, fables, version of old testament AFU-RA-KA into New Testament, Roman, Greek gods and goddesses, what was the original Holy Bible of the original Garden of Eden on Earth?

One has to also ponder, research and understand STONE is what the true Holy Bible was written on, not paper versions of religion or ‘man-made’ denomination worldwide. It is time for people especially of AFU-RA-KA and the Caribbean to know of amer-indian and african descent, they are rooted in the biblical, Garden of universal ROYAL, dynastic, eternal, Royalty from their ancestors of the Royal, Garden of Eden which is still and always AFU-RA-KA.

We are all people of the CREATOR SUN who shines, manage’s, regulate’s, the universe as the KINGDOM OF HEAVEN from the Garden of Eden which is and will always be AFU-RA-KA on Earth. – CyberRev

This is freedom as universal TRUTH for most people and the TRUTH of real, biblical, religious history has never been told, as it has been mistranslated, prejudiced, bastardized and deliberately hidden, enslaved and buried by roman, greek, robbers and slavemasters of a man-made, evil, world.

When you consider the fact all biblical tribes of AFU-RA-KA are born from universal, KINGDOM, Royalty and are collectively responsible for the entire creation of male and female from the original Garden of Eden which is AFU-RA-KA. This mean’s every human-being on planet Earth has originated out of and from AFU-RA-KA.

This includes all so-called cultures and nationalities of the world even asian, indian and pink or white people, who could never, ever, produce black or brown people from their DNA especially with low or zero Royal, melanin of the SUN not son.

We all need to get back to trusting the universal KINGDOM of the universe not any man-made, religion or denomination on Earth. Also, there was never any biblical Exodus or flood and the myths, lies, and deception of people or kings and queens of Egypt as Kemet of Africa or AFU-RA-KA, are all a mistranslated, bastardized, western, religious and denominational, enslaved, lie.

So if you think your white not pink and black not shades of brown you are already enslaved and deceived within. If you also believe you are not created of AFU-RA-KA the true and only real Garden of Eden on Earth, then tell me where do you find diamonds, gold, exotic fruit, species, animals and all plants and tree’s of healing and food on Earth? It has to be one place, country and region right?

Even all Jews are of AFU-RA-KA not man-made IsraEL of the EL GOD, plus the Dead Sea Scrolls are a fake, deceptive, lie.

The Oni of IFE royalty, is one of many Royal kingdom’s on Earth of AFU-RA-KA the orignal, biblical, Garden of Eden. The only problem is why does the Oni of IFE mention, bow or worship the mythical, fable, deceptive son of christianity and not the CREATOR SUN are the people of Yoruba of Oni of IFE located in OSUN of the Creator SUN with rich, biblical, royal, melanin to prove it?

Have you noticed all of the above description’s of the Creator, God of Oni of IFE people of AFU-RA-KA ends with RE which is also RA Creator of SUN not christianity, mythical, fabled, son on a donkey in Africa?

What I am trying to prove is the Yoruba, Igbo, Falasha, Zulu, Lemba, Khoisan and all tribes of Africa or AFU-RA-KA need to get back to the CREATOR SUN not mythical, deceptive, religious or denominational, christianity son.

Afterall, how can anyone on planet Earth live without the CREATOR SUN how could one eat, live or survive without the universal SUN? Can any wooden or stone building praise and worship the universal CREATOR? No. This is why even of Luke 17:21 the KINGDOM OF GOD/CREATOR is always shining upon and within us all.

In fact, I challenge all christian believing africans of AFU-RA-KA to consider these fundamental questions:

Oni of IFE, has the power and Royalty to go global of the God of Oludumare of RE/RA as the SUN not son. But he has to first stand with his Royal, biblical ancestors of one Creator of this universe as SUN and not dilute it with western, mythical, fabled, christianity, greek, roman, son on a donkey in Africa.

Time for AFU-RA-KA as one nation to arise from within,