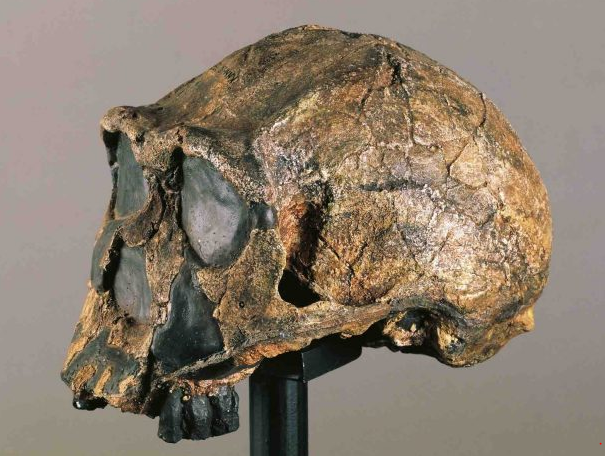 Truth is never Greek, Roman or Western it is only Africa or African

Truth is never Greek, Roman or Western it is Africa or African. Let;s talk…

Most people on planet Earth have been taught by western, greek, roman philosophies, ideoologies, beliefs and interpretations of what they think or consider is true, false, savage, good or evil. But what if most of what is historically greek, roman, western are largely false, racism, evil, lies, facism, deception and fabrication worldwide?

In 2021, the start of a new decade perhaps it is time for truth and nothing but the truth across all western, greek, and roman histories, fables, myths, lies and deceptions? Most people of the world have been forced to ‘learn’ and believe only greek, roman, western, jew is real and biblical. This is quite the opposite.

The crux of the issue of race and the Egyptians is part of an attempt to take Egypt and Egyptian history out of Africa intellectually, and thus substitute a Euro-centric politicization of history that confirms the racist notion that Africa has no history of importance, and that the ancient civilization of Egypt is not part of the African experience, but rather is a part of the Arab, Asian, or an European centered experience. [SOURCE]

In this article I will try to demostrate and provide links and sources for the reader to better research, study and understand everything on planet EARTH has originated from Africa i.e. alphabet, mathematics, astronomy, science, architecture, masonry, religions, Garden of Eden, dynasties, royalty, cutlery, beer, fashion and clothing.

This ambivalence or fear to alter how we think, act, and react to African ethnology was illustrated by Allman F. Williams when he said, “…if the ‘Out of Africa’ model proves even partially correct, …it will fundamentally change our view of who we are,” in reference to the African origins of humankind (U.S. News & World Report, 1991, 60). Consequently, there seems to be a fear that once people (especially those effected by white racism) realize that their roots are tied to an African woman who lived 200,000 years ago, and that Egypt was a Black civilization, they may have psychological problems. [SOURCE]

TO AWAKEN TO UNIVERSAL TRUTH WITHIN IS NOT EASY

As I research and write this article, I must admit, it is painful. My pain come’s from sitting, thinking, meditating upon the years and decades of how I was taught, directed and schooled to think pink christianity, western history, greek and even modern hebrew with vowels and pink images were the TRUTH of world, religions and history.

Last night, I was upset after reading my newly purchased ‘The Book of the Dead‘ only to spend the week using my pen to cross-out the Greek names of Isis, Osiris, Thoth and Nubis to correctly insert original Kemetic, Africa names of these gods as ASAR, ASET, HERU and DEJUHUTI.

WARNING: If you are religious or denominational and you fear the words ‘The Book of the Dead‘ as evil, witchcraft or something you should never read; you are ONLY demonstrating you are enslaved, mind-controlled and fooled by pink christianity or any other MAN-MADE religion or belief of world.

The Book of the Dead is really the Book of Coming Forth, which means for anything to live or understand LIVING OR LIFE into after-life, one has to die to self and world. If you think this is strange or not biblical read:

The above link also has more western biblical MAN-MADE scriptures, interpreted and mistranslated from the original kemetic, Africa, hieroglyphs, obelisk and artifacts of real kings, queens, gods and goddesses of the original Holy Bible written in STONE.

ENOCH the Ethiopian, as all biblical ancestors are original Hebrew people, of Garden of Eden Africa, as Royal Kings & Queens, gods and goddesses of the universal KINGDOM OF RA/RE of Kemet, Nubia, Kush, Bantu, Khoisan, Yoruba, Zulu and AfruRAka as Africa.

The oldest Africa Human DNA is proof alongside the oldest STONE Pyramid buildings, alphabet, astronomy as always wonders of this world.

So why the BS…..why the facism, racism and cruel, evil, derogatory labels, images, words and descriptions of the most intelligent, original and oldest people on planet EARTH of AFRICA? The Universal TRUTH is we are all from Africa, even the Garden of Eden on Earth is still Africa.

We have to find a way to correct and erase all historical lies, false, racist images and erroneous historical depcitions worldwide. This has to include PINK JESUS created by Greco-Roman Constantine.

This is why in the 21st Century we have Trumpism the new Nazism and must I remind you even the KKK believe in white jesus and the cross. This is the problem of MAN-MADE religions, lies, deceptions, racism and mind-control.

Trump believes as Hitler and Nazism he and his right-wing, facist supporters are pink superior. They do NOT even know with a sheet of white paper and a mirror they are NOT WHITE. They are more accurately color-blind as the Pope, Rome, Greeks, fake Israel of 1948; plus most countries like Australia, India and China who fail to understand they are created of and out of AFRICA HUMAN powerful melanin DNA.

The above images clearly shows how DISTORTED, evil and wicked most historians, Archaeologists and religions even EL GOD KHAZAR JEWS have become to think they can use, abuse, misrepresent, the original Holy Bible written in STONE OF AFRICA.

They think they can openly disrespect, re-imagine or re-create the CREATOR RA/RE and His Universal Kingdom of appointed gods, goddesses, kings and queens of Bantu, Zulu, Khoisan, Nubia, Kush, Kamit/Kemet, Yoruba, Dinka, Amer-indian, Hebrew people; and they never discover the TRUTH they are the original Royal DNA of RA/RE KINGDOM of Garden of Eden, AfuRAka Africa.

In closing, if you do not believe in RA/RE as the only Creator Most High, never use the words: REpent, REjoice, pRAy, pRAise, RAinbow, RAin to name just a few words, of the baRA, cREator universally and eternally.

Any cookies that may not be particularly necessary for the website to function and is used specifically to collect user personal data via analytics, ads, other embedded contents are termed as non-necessary cookies. It is mandatory to procure user consent prior to running these cookies on your website.